A quick skim through my Pinterest this evening highlighted this delightful looking cocktail and even though it was only a Thursday, I felt that the week had been long enough already to need a little pick me up. A quick skim of the recipe showed me that we didn’t quite have everything, but there were definitely some options for substitutions in the fridge. So this is my take on the Ward Eight cocktail.
2 shots rye whiskey (we used bourbon, and I actually had vodka in mine)
1/2 a shot grenadine
1 shot of lemon juice
1 shot of blood orange juice
2 dashes of Agnostura bitters.

Mix it with some ice cubes in a shaker, shake for a few minutes and then pour into suitable glass. I went with the champagne glasses but I think I might need some little retro cocktail glasses.

Obviously, because karma gets in the way of the sneaky mid-week cocktail, I managed to liberally distribute most of the first cocktail all over the kitchen and myself. Epic mess AND on the day that the cleaner had just been. Still, the cocktail was worth it and to be honest, the vodka version was much nicer than the rye version – tart, sweet and a good balance of flavour. 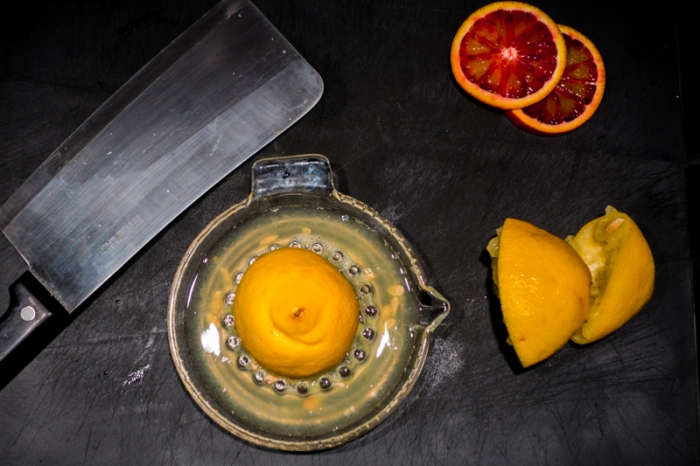 Squeeze some lemons and some blood oranges 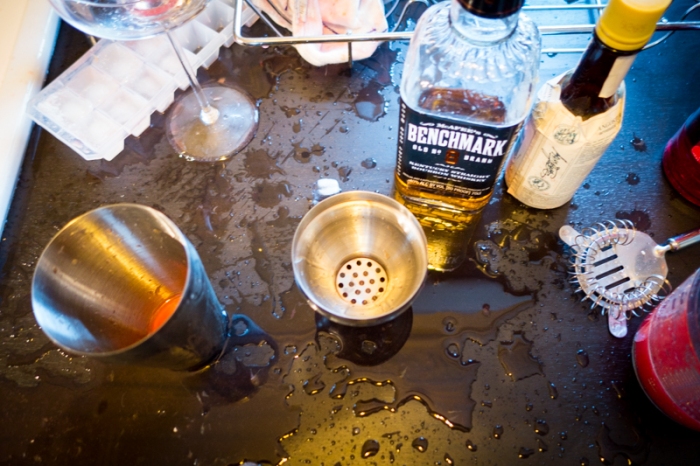 Shake vigorously, holding the lid firmly on the shaker …

Take 2 – Cocktail in the glass