Friday started well with a random orange shake that had been improved by adding some raspberries (made it much much nicer!) 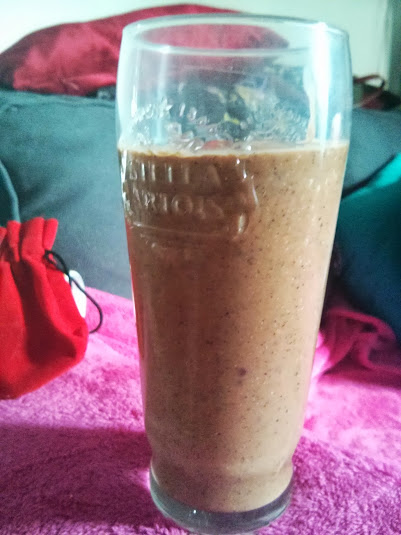 On friday afternoon we had our office summer BBQ. We took a BBQ and a gazebo to Ashton Court along with a pile of beer, cider and meat. It was a very successful afternoon and we all had a great time. I did however go ‘off-plan’ and ate a burger(delicious, actually, had 2 – one for dinner) and some crisps (less delicious) and mainly drank water or orange juice. No alcohol! 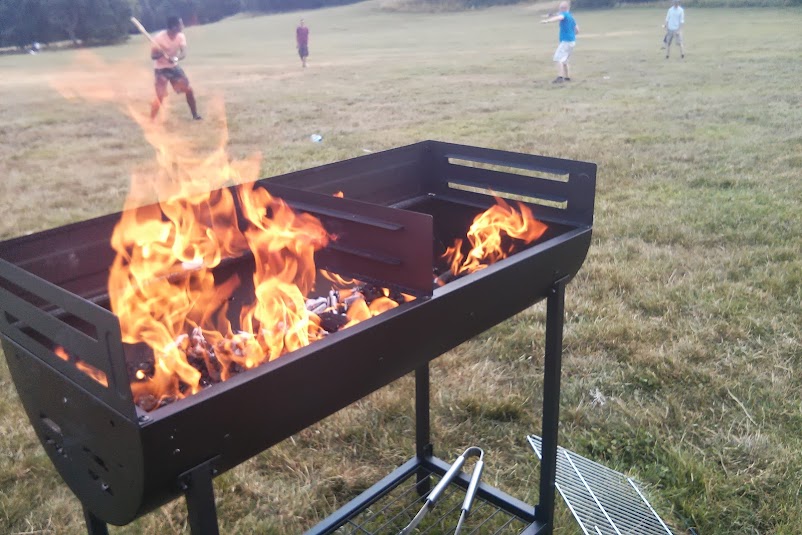 I felt very pleased that I had not gone overboard with the eating crazy stuff.

Saturday morning dawned with the aims of being entirely on plan and i was successful with this!

Another pumpkin/cocoa/raspberry shake for breakfast then I had a lunch of millet risotto – which was again really delicious. It was yellow courgette and chicken and was topped with some fresh pesto. 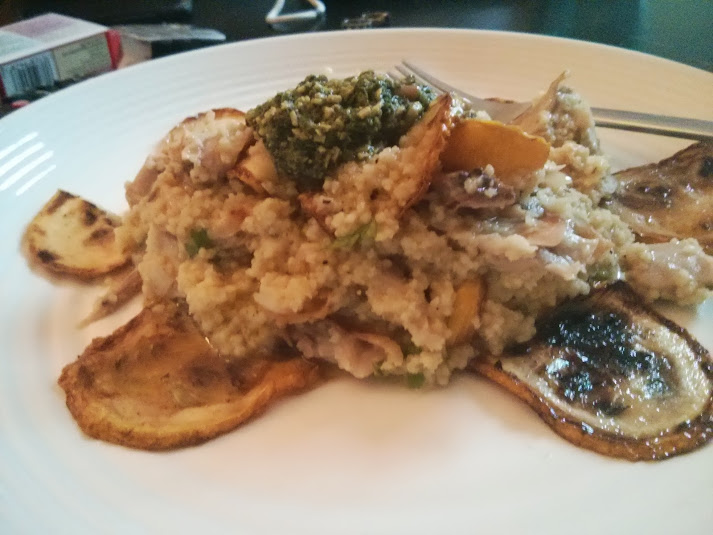 Dinner was then a roasted garlic soup with some mushrooms and chive oil. I found the recipe on MarksDailyApple.com and decided that it was entirely appropriate for the diet. It was absolutely delicious but all the garlic definitely had a certain effect on the stomach! 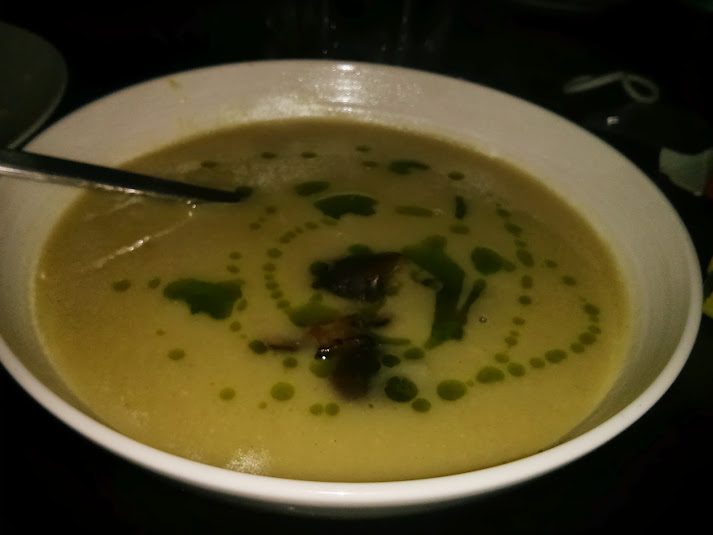 We also bought, from the green grocers, a huge black watermelon. It’s delicious! 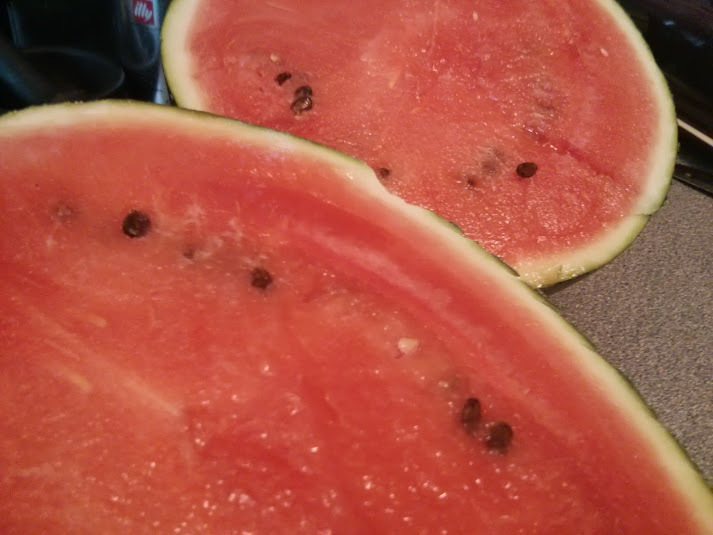 Sunday was a brunch with some lovely friends and their adorable new baby, followed by a light dinner of chicken, asparagus and green beans. With a slice of home made sour dough bread. Not entirely on plan but still very healthy.

Actual lunch out 🤩😍🤩😍🥰 really great pub in the prettiest little village
Someone not as into Homes Under the Hammer as me then. #ripleythesproodle but look! Been the the hairdressers, no random pink, green, grey etc and it's been trimmed.
Big day for a small dog. First a visit to a timber yard (quite scary apparently but a cuddle with @kirstylmessenger put that right) followed by a little canoe from Hanham Lock,(thanks @s1m0nl for doing all the paddling) and then a short walk where she saw horses for the first time. She was transfixed. #ripleythesproodle
Walkies. #ripleythesproodle
Actual lunch out.
Dog on sofa alert. #ripleythesproodle
Happy birthday to the best @brockedith in the world. Hopefully see you again soon but feh to the entire travel situation.
Ripleys first pub.
We are halfway to having a decent looking and secure balcony thanks to @tom_withey and his excellent carpentry skillz. Obviously @s1m0nl was an excellent assistant (and floor fitter) but looking very good indeed now. #balcony definitely open for cocktails soon (once it stops snowing?). Ps,. The cable ties are the previous job, now safely affixed to the pillars!
Attempting work. Someone insists on joining my calls. #ripleythesproodle