In some kind of strange way I think that Charlie Brooker has quite good eyebrows. They are nicely arched, neat and frame the face. Obviously his hair is fucking awful and I do hate the smug smile. He is however much less bitter and nasty now that he’s married that nice Blue Peter bird.

And no, obviously I was not searching for “Charlie Eyebrows” to get this.

See, mine are just not right. 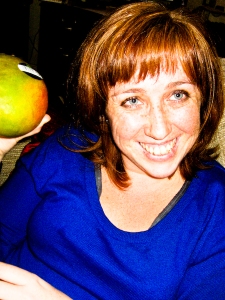 The mango rattling was because Simon was convinced there is something rattling around in it. I am hoping that it’s something that will make me money (would the Sun pay you for your story if you found an emerald in a mango? Perhaps the Express? I’d even do the Sport if necessary. I’ve already done the Mirror. Probably best not to ask. Franco knows if you must know.)

Oh and yes, I have had my hair done.

Other things you may not have known about my recent life:-

2 thoughts on “More about the eyebrows, with some incidental rattling mangos”